After more than three decades, the U.S. senate approved the biggest overhaul in the tax system last December. Though the cut to corporate taxes might seem to be the most impactful element of the tax overhaul, a CPA firm will tell you that this is just one of the many things in the tax overhaul that may affect your business.

Under the tax overhaul, or the Tax Cuts and Jobs Act, modifications to the Internal Revenue Code, including changes to credits and deductions, have been implemented. Such modifications have been made in hopes of spurring economic growth. Businesses in Nashville, however, might face a different kind of tax overhaul in the near future.

How the tax overhaul will affect businesses

Perhaps the biggest change made by the federal tax overhaul is the provision lowering the corporate tax rate to a flat rate of 21 percent. By doing this, lawmakers hope to encourage large corporations to set up shop in the United States, thereby stimulating economic growth. Having said that, several factors are still at play before a foreign corporation can move to the US.

Another major provision changed the tax structure for so-called pass-through businesses, which account for about 95 percent of US businesses. Under the new rules, sole proprietorships, partnerships, and S corporations will see a 20 percent tax deduction. This means a lower taxable income, and would therefore allow business owners to reinvest in their own businesses in the form of new equipment or expanded operations.

In the wake of the Tax Cuts and Jobs Act, Tennessee lawmakers proposed a bill sparing corporations from an increase in state taxes triggered by the federal tax overhaul. Under this bill, Tennessee taxes will be “decoupled” from the new federal tax provisions on net interest deductions. The legislation was passed before the 110th General Assembly ended, and is awaiting Governor Bill Haslam’s consideration.

Representative Gerald McCormick, the bill’s sponsor, said that the federal provisions are showing that companies are “making more money” without “doing more business”, which might soon “automatically have the state have a windfall or a tax increase.” McCormick fears that this might also result in fewer business expansions and make Tennessee look less attractive for business.

Changes in the tax system seem far from over for Nashville businesses, but these are promised to be for their benefit. Business owners would be well advised to stay on top of the latest changes in tax legislation and enlist the expert services of a CPA firm to ensure that they adhere to and take best advantage or the new policies.

A Financial Review by Your Accounting Firm: How Will It Help Your Nashville Business?
Next Post: Running a Small Business Helps Disabled Parents Thrive

Click the button to get your free guide to commonly overlooked tax deductions. 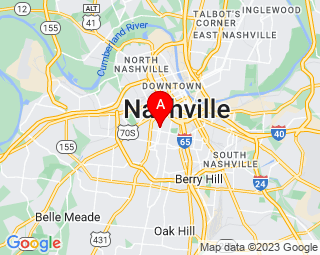